TREMONTON, UTAH – September 28, 2015 (Gephardt Daily) – Police in Tremonton are looking for a man who may have attempted to lure young kids away from a school last week.

According to Tremonton police, officers responded to a report of a suspicious person at North Park Elementary, where students said a man was trying to offer students candy to go with him.

The students said the suspect was driving a silver or gray four-door car with writing on the windows and possibly the doors. The word “Candy” was written on the side of the car.

Police are looking for an older male, possibly with a beard. He may have been wearing a hat at the time.

Officers were stationed at the school for the remaining of the day during breaks and after school was dismissed.

They are asking anyone who may have additional information to please contact the police Tremonton Police department at (435) 257-9555. 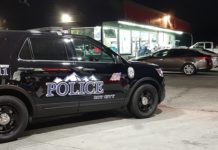 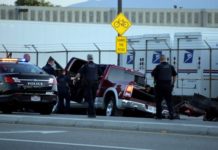