Dwight Hammond Jr. and his son Steven Hammond were convicted in 2012 of committing arson on federal lands managed by the Bureau of Land Management. Also contributing to the ire leading to the 41-day takeover was an armed standoff at the Cliven Bundy ranch near Bunkerville, Nev., in 2014.
“Justice is overdue for Dwight and Steven Hammond, both of whom are entirely deserving of these Grants of Executive Clemency,” Trump’s statement reads.
Dwight Hammond, 76, has served approximately three years in prison, and Steven, 49, has served four years, according to the White House.
Read the full clemency statement below:

Today, President Donald J. Trump signed Executive Grants of Clemency (Full Pardons) for Dwight Lincoln Hammond, Jr., and his son, Steven Hammond.  The Hammonds are multi-generation cattle ranchers in Oregon imprisoned in connection with a fire that leaked onto a small portion of neighboring public grazing land.  The evidence at trial regarding the Hammonds’ responsibility for the fire was conflicting, and the jury acquitted them on most of the charges.

At the Hammonds’ original sentencing, the judge noted that they are respected in the community and that imposing the mandatory minimum, 5-year prison sentence would “shock the conscience” and be “grossly disproportionate to the severity” of their conduct.  As a result, the judge imposed significantly lesser sentences.  The previous administration, however, filed an overzealous appeal that resulted in the Hammonds being sentenced to 5 years in prison.  This was unjust.

Dwight Hammond is now 76 years old and has served approximately three years in prison.  Steven Hammond is 49 and has served approximately four years in prison.  They have also paid $400,000 to the United States to settle a related civil suit.  The Hammonds are devoted family men, respected contributors to their local community, and have widespread support from their neighbors, local law enforcement, and farmers and ranchers across the West.  Justice is overdue for Dwight and Steven Hammond, both of whom are entirely deserving of these Grants of Executive Clemency. 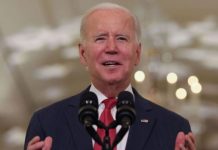