“This morning around 7:40 a.m. Weber Ladder 66, Ambulance 66, and Rescue 61 responded to a traffic accident at the intersection of 3500 West and 12th Street,” a Weber Fire District statement says.

“There were three patients total, all had minor injuries, with one transport,” the WFD statement says. “Special thanks to Weber County Sheriff’s, Utah Highway Patrol and Weber Morgan Health Department for responding as well.” 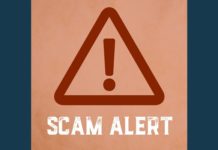