HIGHLAND, Utah, Sept. 15, 2019 (Gephardt Daily) — Two motorcyclists were critically injured Sunday morning when their bikes crashed into a vehicle that pulled out onto the road.

Dave Ventrano, public information officer for Lone Peak Police Department, said the collision occurred at about 11:30 a.m. as the two men, both in their 30s, rode their motorcycles south on North County Boulevard (4800 West).

The driver of the vehicle, a man in his 20s, apparently did not see the motorcycles and pulled onto the road in the area of Country Club Drive.

Ventrano said the bikes hit the vehicle and, although both riders were wearing helmets, they suffered critical injuries. One man was flown from the scene by Life Flight, while the other was transported first to Utah Valley Hospital by ground ambulance and from there was flown to Intermountain Medical Center in Salt Lake City.

The driver of the car was the vehicle’s only occupant and was not injured. He remained on scene and was cooperating with police.

Ventrano said Sunday night that officials do not believe impairment was a factor in the crash, but the incident is still under investigation. 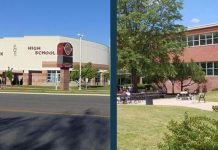 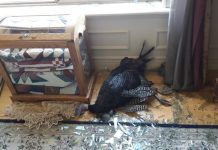 Turkey injured after ‘breaking in’ to Lone Peak home