The eastbound truck was on Interstate 80, near mile marker 149, when the accident took place, says a statement issued at 11:47 a.m. Monday.

“The right lane is currently closed but traffic is flowing smoothly through the area,” the PCRD statement says.

“The Rail Trail is closed through the canyon, at this time, due to all the bees that are in the area. Two patients were transported to the hospital with multiple bee stings and minor injuries.”

In response to questions from several concerned Facebook followers, a PCFD spokesperson wrote “every effort is being made to save as many bees as possible.”

Summit County posted the following warning about the incident on Facebook:
Attention Rail Trail Recreators: Beekeeping experts anticipate significant bee activity throughout Independence Day weekend near milepost 149 in Silver Creek Canyon. Millions of bees are estimated to be loose in the area. Local beekeepers are working to recover as many bees as possible. Avoid walking, biking, or riding through the Silver Creek section of the Historic Union Pacific Rail Trail, especially for the next several days. 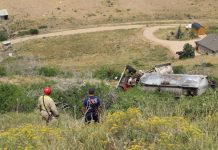 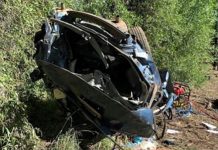 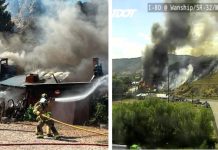