May 30 (UPI) — Health officials in the United States and Canada are investigating cases of hepatitis A that are potentially liked to fresh organic strawberries, the U.S. Food and Drug Administration said.

The federal agency announced in a statement over the weekend that the strawberries under investigation were sold under the brands of FreshKampo and HEB between March 5 and April 25.

Among other grocery chains, Walmart and Trader Joe’s have sold the berries.

Though the strawberries in question are past their shelf life, the FDA is urging members of the public who may have frozen the berries to consume later not to eat them.

The strawberries have resulted in at least 17 cases of hepatitis A in the United States, including 12 hospitalizations, it said, with 15 of the cases reported in California and one in each state of Minnesota and North Dakota.

The Public Health Agency Canada said that as of Friday there have been 10 laboratory-confirmed cases of hepatitis A under investigation in the Great White North, with six cases in Saskatchewan and four in Alberta. Four people were hospitalized, officials said.

Hepatitis A is a virus that causes liver disease, the FDA said on its website, adding an infection’s severity can range from mild that can last a few weeks to severe and last months.

Symptoms of infection, which can occur within 15 and 50 days of consuming infected food and beverages, include fatigue, nausea, vomiting, stomach pain, jaundice, dark urine and pale stool while those under six years of age may appear asymptomatic, it said.

The announcement came as the World Health Organization said there have bee 650 cases of acute hepatitis reported in children from 33 countries between April 5 and Thursday. 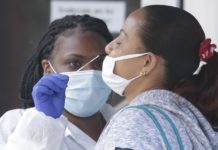 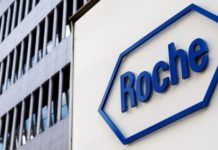