CLEARFIELD, Utah, April 1, 2020 (Gephardt Daily) — The Utah Department of Transportation is scheduled to change north and southbound traffic to crossover configurations as early as Thursday as part of the Iinterstate 15 Davis-Weber Express Lanes project.

Southbound traffic in Clearfield from 200 South to 700 South will change to the new configuration on April 2, with northbound I-15 from 800 North in Clearfield to 5600 South in Roy following in the weeks to come, said a news release from UDOT. There will be no crossovers at 650 North in order to maintain access to Hill Air Force Base.

One lane of traffic will cross onto the opposite side of the freeway, protected by a concrete barrier, and will drive against traffic, the news release said. The remaining two right lanes will remain unchanged, and drivers needing to exit should stay right. These crossover traffic patterns will allow crews extra space to work and replace bridge structures in the middle of the freeway.

UDOT is extending the I-15 Express Lanes in both directions between Layton Parkway and Riverdale Road, the news release said. This project will help improve traffic flow and reduce congestion along I-15. Additional improvements include new bridges at Church Street in Layton and 200 South in Clearfield, new ramp meters, improved ramps at 5600 South and Riverdale Road, and concrete panel replacement from Hill Field Road to I-84. Construction began in May 2019 and is scheduled to be completed in Fall 2021. 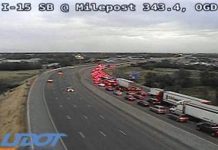 Update: I-15 in Ogden now open after closure for downed power lines 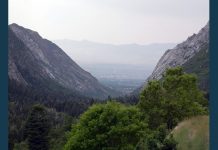