SALT LAKE CITY, Utah, May 24, 2021 (Gephardt Daily) — The Utah Department of Transportation recommends drivers plan ahead for traffic delays along the Wasatch Front this Friday and Monday due to holiday traffic for the Memorial Day weekend.

Across the state, most UDOT projects will suspend construction and open all lanes to traffic to help reduce delays during Memorial Day weekend, Friday through Monday, the news release said. In some work zones, these restrictions will continue through the weekend where needed to ensure safety or accommodate ongoing construction.

Some areas where drivers should expect restrictions include:

I-15 in Clearfield — All lanes are open, but lane splits are in place on both directions of I-15 near Clearfield. These allow crews to work in the median of the freeway. The speed limit has been reduced to 60 miles per hour in the work zone. Crews are widening I-15 to extend the Express Lanes in both directions between Layton and Riverdale. Construction is scheduled to finish this fall.

S.R. 39 in Ogden Canyon — S.R. 39 is reduced to one lane, with alternating traffic controlled by a temporary signal, near the mid-canyon bridge between Ogden and Pineview Reservoir. Delays of 15 minutes or more are typical, so drivers should consider an alternate route for traveling to Pineview Reservoir, Huntsville, Eden and other Ogden Valley destinations. Crews are rebuilding the mid-canyon bridge, and construction is expected to continue through fall.

I-84 near Morgan — I-84 is reduced to one lane in each direction between Morgan, exit 102, and Henefer, exit 112. These restrictions are in place 24 hours a day through July. Crews are completing pavement and bridge maintenance in the area.

U.S. Highway 40 near Jordanelle Reservoir — Two lanes remain open in each direction on U.S. 40 near the Mayflower exit, exit 8, but traffic is shifted to accommodate construction of new U.S. 40 bridges. This work is scheduled for completion in the fall.

U.S. Highway 40, Starvation Reservoir bridge — All lanes on U.S. 40 will be open from Friday at 7 a.m. to Monday, May 31, at 10 p.m. Before Friday and after Monday, U.S. 40 will be reduced to a one-lane road with alternating directions of traffic controlled by a temporary signal. Drivers should plan for 15-minute delays during this time. Crews are rebuilding the driving surface of the bridge, and work is planned for completion this fall.

U.S. Highway 6 west of Santaquin — All lanes on U.S. 6 will be open between Friday and Monday. However, U.S. 6 will be reduced to a one-lane road with traffic controlled by flaggers and a pilot car between Santaquin and Goshen Monday, May 24 through Thursday, May 27. Crews are repaving the highway in this area, and construction is scheduled to finish this summer.

I-15 near Beaver — Lanes are narrowed for a bridge maintenance project in Beaver, exits 109-112. Drivers should use caution and obey posted speed limits. Work on these bridges should be complete later this summer.

U.S. Highway 191 in Moab — U.S. 191, Moab Main Street, will remain reduced to one lane in each direction this weekend. Drivers should plan for delays and allow extra travel time. Crews are widening U.S. 191 in north Moab to add a lane in each direction along with a center turn lane in some locations. Construction is scheduled for completion this summer.

S.R. 12/S.R. 63 near Bryce Canyon National Park — Drivers should plan for a temporary configuration at the intersection of S.R. 12 and S.R. 63 where small portions of the intersection are unpaved. Crews are building a new roundabout to improve traffic flow and enhance safety. This project is scheduled for completion this fall.

S.R. 276 at Lake Powell — UDOT’s Lake Powell ferry, which connects S.R. 276 between Bullfrog and Hall’s Crossing, is not operating at this time because water levels are too low. Drivers will need to use S.R. 95 as an alternate. There is currently no expected date when operations will resume.

Drivers are able to access the eastern portion of S.R. 150, Mirror Lake Highway, from Kamas to approximately Trial Lake. However, the highway is not expected to open completely until mid-June.

Sections of S.R. 92, the Alpine Loop, in American Fork Canyon and Provo Canyon are scheduled to open Thursday, May 27. However, S.R. 92 will remain closed between the Timpooneke access road and Mount Timpanogos Campground for road construction. Cascade Springs visitors will need to use the access road through Wasatch Mountain State Park near Midway.

“UDOT reminds drivers to be cautious behind the wheel and do their part in making travel safer for everybody by staying alert, using seat belts, putting away distractions, and taking breaks to avoid drowsy driving,” the news release said. 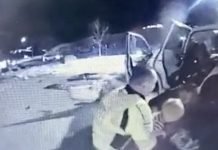