A semi rollover on Interstate 84 in Morgan County at exit 108 near Taggart’s Grill at 7 a.m. blocked both eastbound and westbound traffic, said a news release from the Utah Highway Patrol. Two vehicles were involved — a semi and a dump truck on the westbound side.

“It involved a semi truck hauling waste containers that was traveling too fast to negotiate the curve of the roadway,” the news release said. “It crashed through the center median’s cement barrier, lost one of its containers, and that container impacted another semi dump truck. The incident closed both east and westbound portions of I-84 for hours while crews repaired the barriers and cleaned up the large amount of crash debris and fluid.”

The second incident occurred around 1 p.m. when a semi had its trailer separate from the tractor portion of the rig on I-15 northbound at 8600 South in Sandy, the news release said. All but two lanes on I-15 were shut down for a short time while crews worked to remove the damaged trailer.

“While Salt Lake County troopers were working on clearing the incident at 8600 South and I-15, they received reports of another semi incident on eastbound I-80 near Saltair,” the news release said. “At 1:45 p.m., a semi hauling salt overturned when the driver dropped a lit cigarette and attempted to retrieve it from the floor of his cab. Traffic was impacted by the rollover until nearly 5 pm.”

UHP was not quite done with semi related incidents, when just after 6 p.m. troopers in the Price area received a call of a semi hauling sod overturned on SR-191 between Price and Duchesne. Both directions of SR-191 had to be closed for over an hour while crews up-righted the truck and off-loaded the sod, the news release said. The cause of the crash was again speeds too fast to negotiate the curve in the roadway. This semi was also found to be in an improper lane.

In at least three of the incidents, the drivers received minor injuries.

“In the case of the detached trailer, UHP reminds drivers of the importance of a pre-trip inspection,” officials said. “And in the case of the dropped cigarette, remember, nothing is more important than your primary responsibility to operate your vehicle, especially in a commercial motor vehicle. After immediately slowing down and stopping on the shoulder of the interstate, one can safely recover a dropped item.”

All of these incidents were 100 percent preventable, the news release said.

“UHP would like to remind trucking companies to create safety practices that encourage drivers to avoid feeling like they need to push their semi’s capabilities to its limits in order to meet time constraints on deliveries,” the news release said. 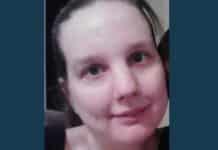 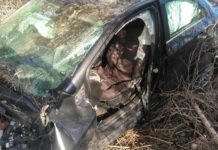 1 injured in crash on I-80 near Hoytsville