According to the UHP, an 80-year-old female driver was heading west on eastbound I-215 when she hit three vehicles, one of them head-on.

The 20-year-old female driver of the car hit head-on died at the scene, while the woman who was headed the wrong way was critically injured, the UHP said.

The Utah Highway Patrol later confirmed that the 80-year-old woman also had died from her injuries.

The driver of one of the other vehicles was also hurt, although the extent of her injuries is unclear.

A social media post from someone who witnessed the crash says the driver drove up an off-ramp at 6200 South, headed the wrong direction at highway speeds.

Crash investigators are expected to be on scene for a couple more hours.

“Please find an alternate route and be aware of first responders and tow trucks in the area,” a UHP tweet said. The accident was first reported just before 1:45 p.m. 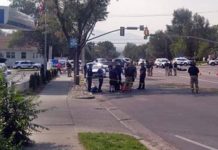 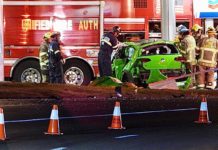