DAVIS COUNTY, Utah, April 12, 2022 (Gephardt Daily) — Utah Highway Patrol on Tuesday shared the story of how one of its lieutenants risked his own safety to protect workers on an Interstate 15 construction crew.

“On April 2, 2022, UHP Lt. Jacob Cox intercepted a vehicle that entered a construction zone and would have crashed into construction workers were it not for his attentiveness,” says a statement issued by UHP.

“Here’s the number we want you to remember: 224 feet. That’s how much space was between Utah Highway Patrol Lt. Jacob Cox and a construction crew working on Interstate 15 in Davis County early in the morning on April 2, 2022.

“That was the point of impact where Lt. Cox intercepted a vehicle that had entered a well-marked construction zone where UDOT contractors were conducting concrete repair overnight.”

The orange line on the left side of the image below indicates the distance between the vehicle impact and where the construction crew was working 224 feet to the south. The orange caution markers indicate closed lanes. All lanes but the one closest to the freeway median were closed at the time.

Just before 1:35 a.m., Cox saw the vehicle enter the closed area of southbound I-15 between 700 South and Antelope Drive.

Only one lane of traffic was open at the time to give construction crews plenty of room to conduct their operations. It’s not unheard of for vehicles to enter the construction zone, especially for construction vehicles or workers in personal vehicles who are arriving on site, the statement says.

The difference between them and the driver early Saturday morning is that she didn’t respond as Lt. Cox turned on his siren and headlights. When he moved his vehicle to intercept her, she swerved to get around him in the No. 2 lane.

“The last place I saw the concrete cutter was in the No. 2 lane,” Cox said. 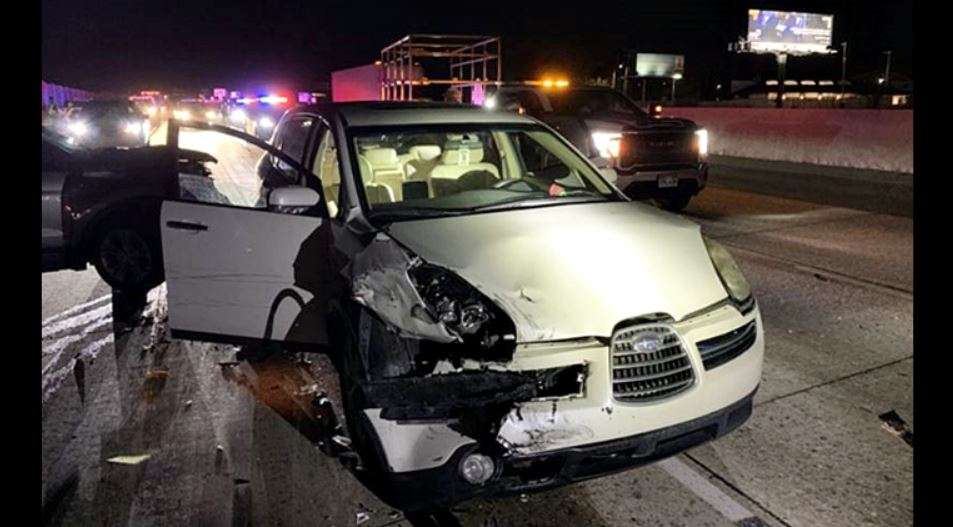 This incident happened in less than 30 seconds.

“This is the type of heroism we see from Utah Highway Patrol troopers on a regular basis,” the UHP statement says. “They stop wrong-way drivers. They protect the public and they protect our construction workers. We are grateful to UHP and to Lt. Cox that these workers were able to go home safely last week.

“The woman was arrested after a preliminary test detected the presence of alcohol. Investigators are awaiting the final results of a blood analysis.” 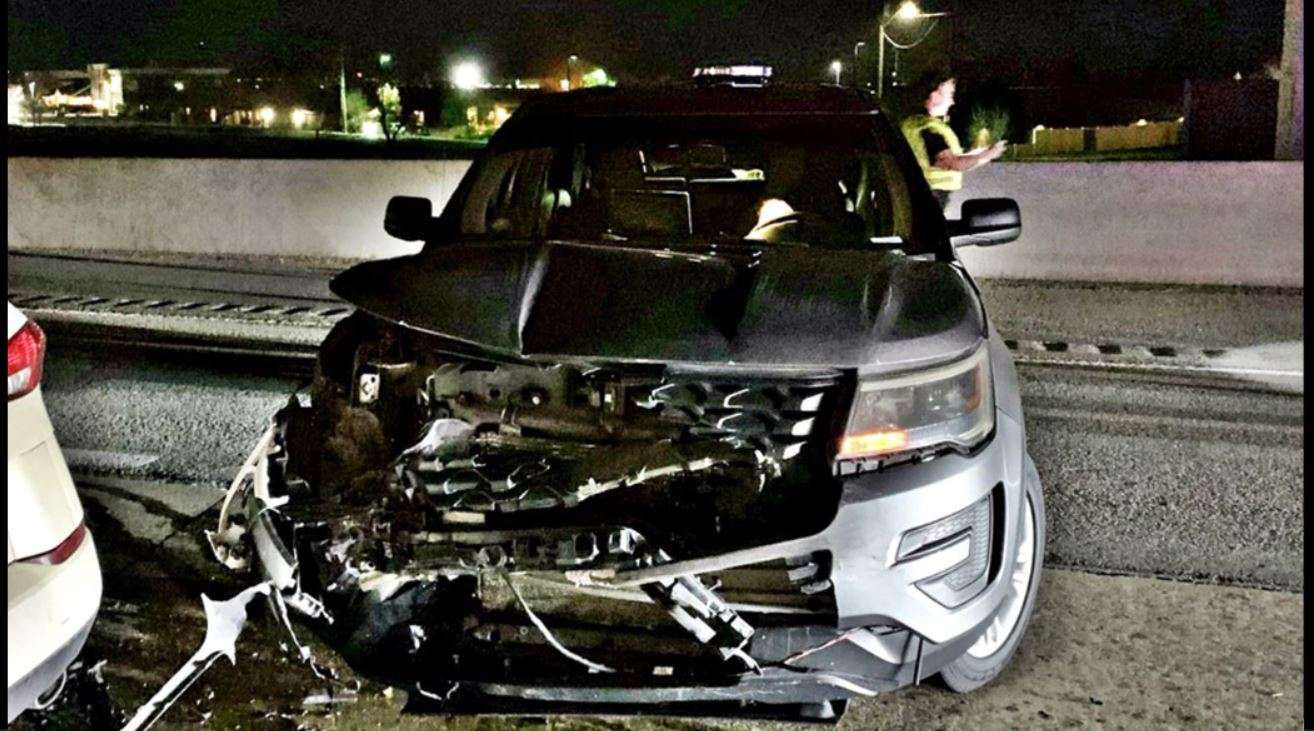