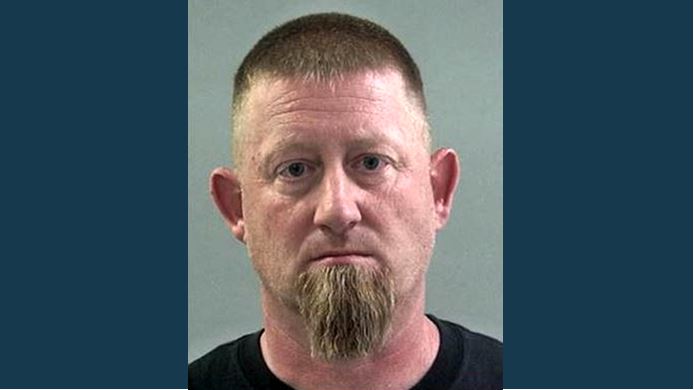 WEBER COUNTY, Utah, May 9, 2020 (Gephardt Daily) — A Uintah man was booked into jail Wednesday after law enforcement officials say he tried to solicit sex in exchange for the promised use of an apartment he had listed for rent.

Jon Lee Arends, 46, was booked into jail on three counts of intent to engage in sexual activity for a fee or equivalent, a class A misdemeanor, in incidents believed to have occurred on May 5 and April 30 of this year and on Oct. 15, 2019.

“The victim reported on April 30, 2020, she was searching KSL.com for a room to rent for her adult child,” says a probable cause statement filed by an officer of the Weber County Sheriff’s Office.

“The victim stated she received a text message response from phone number (number deleted) requesting sex in exchange for free room and board. Once the victim refused, the messages discontinued and a report was filed with the Farmington Police Department” due to the Farmington address on the ad, the statement says.

A detective located the ad and submitted by text message an inquiry about the rental apartment.

“Detective Stewart also received a photograph of the male which I was able to identify as Jon Lee Arends by his Utah driver’s license photograph. During the course of this investigation it was also found Clinton City Police Department received a similar report on 10/15/2019 where the victim posted a KSL Ad for Victoria Secret underwear.”

The 2019 victim received a text message from the same number asking if she would be willing to meet and physically model the bra in an exchange for money.

“The victim then received a photograph of a male’s wallet with two $100 bills partially showing,” the statement says. “In the same photograph, the top of a Utah driver’s license number was clearly visible of (a license number), which comes back to a Jon Lee Arends.”

Posing as the female would-be renter, the detective arranged a meeting with Arends, who arrived in the vehicle he texted he would be driving.

Arends was arrested and transported to the Weber County Sheriff’s Office. After being read his Miranda Rights, Arends declined to be questioned. He was booked, and bonded out less than three hours later.

On May 7, Arends was charged with tampering with evidence, a class A misdemeanor. Officers say his iPhone, taken into evidence on May 6, was found to have been erased and returned to factory settings.

“This action had to be completed remotely since Jon was released from jail and I still have possession of his iPhone,” the probable cause statement says.