“On arrival they found there were smoke and flames coming from the roof and the back side of the structure, as they made their attack we did find some live power lines that were down in the back yard,” he said. “They were still able to make a good fire attack and the fire went out pretty quick.”

Ulibarri said all possibilities are under investigation at present but it appears the fire started on the exterior of the home and worked it’s way into the attic space, and judging by the area where the the fire was the heaviest, it would have dropped the power lines to the back yard.

He said there was enough damage that the residents will be displaced for a little while. No-one was home at the time of the fire and there were no reports of pets inside.

We will have more information on this developing story as it becomes available. 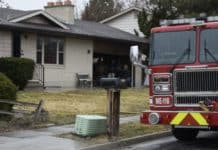 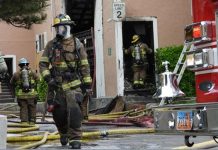