DENVER, Colorado, Feb. 20, 2021 (Gephardt Daily) — A United Airlines flight bound for Honolulu was forced to return to Denver International Airport Saturday after an engine failed, causing debris to fall from the sky and into yards and streets in Broomfield, Colorado.

“United flight 328 departed from DEN this afternoon and returned shortly after with a reported engine issue,” says a 3:07 p.m. tweet from the Denver International Airport.

“The aircraft has landed safely and no injuries have been reported. Big thanks to the pilot and crew for safely landing the aircraft.”

The flight returned safely to the airport at about 1:30 p.m. local time. That was about 22 minutes after the first reports of debris falling from the sky over Broomfield.

“Getting reports that a plane flying over @broomfield had engine trouble and dropped debris in several neighborhoods around 1:08 p.m.,” says a tweet issued at 1:41 p.m. by the Broomfield Police Department. “No injuries reported at this time.”

Subsequent tweets from the BPD confirmed debris found in Commons Park and the Northmoor and Red Leaf neighborhoods of Broomfield. The city is about 25 miles north of Denver and 30 miles east of Denver International Airport.

Other tweets taken by passengers aboard the United flight showed flames coming from the heavily damaged engine.

Police urged residents to avoid touching or moving debris, and to report in if anyone was injured.

An NTSB tweet issued at 3:27 p.m. said investigators were headed to the scene or scenes.

“NTSB has opened an investigation into the Feb. 20, 2021, engine event on a United 777,” said the tweet, issued by the newsroom of the National Transportation Safety Board. “Denver-based NTSB investigators are responding.”

Gephardt Daily will have more information on this developing story as details emerge. 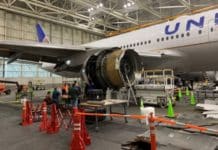 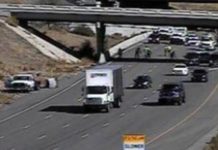 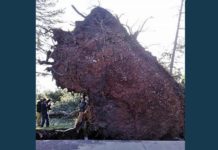