The 9th Street Fire, at the mouth of Ogden Canyon, started Saturday night, and its cause is as yet unknown.

Crews were dispatched at 9:50 p.m. to 1350 Maxfield Drive, where they arrived to find an estimated quarter- to half-acre on fire.

At midnight, Weber Fire District Deputy Chief Shelby Willis said no structures had burned and no evacuations were needed.

A follow-up tweet at 7 a.m. Sunday said the fire is now estimated at 15 acres with better visibility in daylight.

“No structures lost and no evacuations in place,” the tweet said. “A few power lines have been damaged and are down. Ten engines and one crew are assigned to the incident.”

The tweet added: “Crews have been working to construct fireline and mop-up along the perimeter. Efforts are focused near the homes. After the strong wind event has passed at 12 p.m. today fire managers hope to have established some containment.”

North Fork Fire District tweeted Sunday at 10 a.m.: “Through the night, Brush 21 was on scene on the east bench of the foothills of Ogden helping protect homes from this ravaging fire. This fire was a difficult fire because it was being pushed by shifting winds and thick vegetation. While they were there, three off-duty personnel offered to come in and run calls so our citizens would remain protected.” 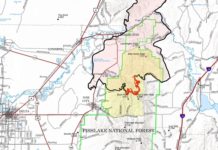