WASATCH COUNTY, Utah, Sept. 3, 2020 (Gephardt Daily) — Family members have set up a GoFundMe account for a man who died after a boat capsized at Strawberry Reservoir Tuesday morning.

The deceased has been identified as Mike Stockdale, 69, according to the GoFundMe page.

“Beloved father, grandfather, and fisherman, Mike Stockdale died in a tragic boating accident while fishing with his daughter, and her family, on Strawberry Reservoir this week,” the page says.

“In addition to funeral and end of life costs, Mike’s widow has been in poor health and has substantial medical expenses. With the sudden and unexpected loss, the family is in need of support, and they would appreciate any help you could offer.”

Stockdale was boating with four family members when the incident occurred and all five swam to shore, according to a news release from the Wasatch County Sheriff’s Office.

The man experienced difficulty breathing once out of the water, however, and died despite CPR being administered by family and emergency responders, the news release said.

The boat capsized at about 11:30 a.m. as the group was “somewhat near the Narrows,” the news release added.

Wasatch County EMS, Search and Rescue, and law enforcement responded to the scene, along with State Parks and the Life Flight helicopter.

Owners and employees of the Phillips Strawberry Bay Marina also assisted the man’s family members in trying to save him.

“Despite the team’s best efforts, the patient passed away,” the news release said.

“We extend our heartfelt condolences to the family and those affected by this tragedy. We appreciate all of our first responders and those who helped in this situation,” the sheriff’s office said.

Update: Impairment suspected as factor in fatal crash on SR-40 near Strawberry Reservoir 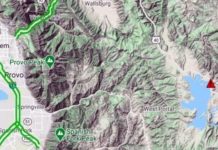 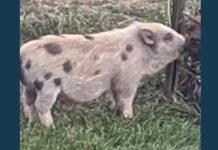 Man arrested after Ralph the Pig stolen from Heber residence