LAKE POWELL, Utah/Arizona, Aug. 18, 2019 (Gephardt Daily) — A GoFundMe account has been set up to assist with funeral expenses for a 15-year-old Arizona boy whose body was recovered from Lake Powell on Friday afternoon after he was reported missing during a school field trip.

The GoFundMe page, set up by a family friend, said the deceased is Lance Argyle, from Page.

According to a joint news release from the Kane County (Utah) Sheriff’s Office and Glen Canyon National Recreation Area, a call was received by the National Park Service Dispatch at about 12:30 p.m., reporting a missing person and presumed drowning at Swim Beach on Lake Powell.

The Glen Canyon NRA Dive Team recovered the teen’s body a short time later. The teen was at Swim Beach with a group from Page High School, according to the news release.

Swim Beach is in the Wahweap District of Glen Canyon NRA near Page, at the Utah/Arizona state line.

“The victim was pronounced deceased at the scene by the Kane County Medical Investigator and transported to the Utah State Medical Examiner’s Office in Salt Lake City for an autopsy,” the news release states.

The body of a 33-year-old man from Arizona was recovered on Sunday, Aug. 11, after he apparently drowned in the same area. 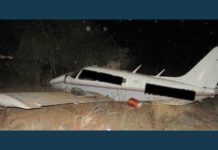