KAYSVILLE, Utah, Dec. 20, 2021 (Gephardt Daily) — A GoFundMe account has been set up to assist a family whose home was ravaged by fire Sunday night.

It is believed the fire was caused by a propane tank exploding, officials said Monday.

The GoFundMe page says: “For anyone that hasn’t heard, last night Erin and Anthony Davis’ home was destroyed in a massive fire. They were not home when the fire started so their family is safe. They are grieving the loss of their beloved 2-year-old fur baby, Teak, who didn’t survive the fire.

“They are being taken care of by friends and neighbors. They are looking at the silver linings and grateful no one was hurt in this terrible fire. They are overwhelmed by all of the future tasks ahead of them and we would appreciate any help you can give, both for them to rebuild their lives and also for their immediate future needs. Thank you for anything you can do!”

The fire occurred in the 2100 S. block of 175 East, Kaysville Fire Department said.

“The home is fully involved and there has been a roof collapse,” the Kaysville Fire Department said in a 6:45 p.m. Facebook post.

The fire was under control as of 7:30 p.m., according to a Kaysville F.D. update.

The Red Cross was notified to assist the displaced family. 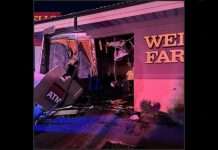 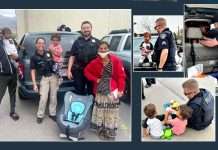 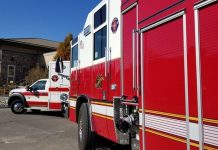