SANDY, Utah, Feb. 21, 2020 (Gephardt Daily) by Bill Gephardt — Kuwahara Wholesale is back in business in Sandy City, sort of.

The popular retail plant grower and farmer’s market, at 8565 State St., was ordered to complete nearly $1 million of legally required improvements, or Sandy City said the business could not open its doors this year. Owner Alex Kuwahara said it was an amount of money he simply could not afford all at once.

After a nearly 90-minute meeting with Sandy City officials Friday, Kuwahara said Sandy City is now allowing them to grow plants for sale, but not actually sell them until some improvements are made. If that works out, Kuwahara says they will be opening their doors for retail sales on schedule next month.

Friday’s meeting with Sandy mayor Kurt Bradburn and a number of department heads followed an overflow city council meeting earlier this week where customers of Kuwahara Wholesale spent nearly three hours passionately pleading for the city to allow the business to open. The business brought a petition entitled “Save Kuwahara’s” with thousands of signatures.

City enforcers told the council what one official said was a fight against an illegal business operation since 2013 with various zoning, safety, and fire violations. While zoning officials and the Sandy City fire marshal said none of the violations were life threatening, and that Kuwahara’s had been cooperating and making improvements over the years, the officials were just doing their job to bring the business into compliance.

In a letter to the business last fall, Sandy City said “Sandy City intends to pursue criminal, civil and/or administrative enforcement pursuant to the Sandy City Municipal Code,” because of ongoing violations. It means the business could not open without spending nearly a million dollars on the two-acre property and completing the improvements.

Other Stories of Interest:  Utah's COVID-19 numbers: 602 cases Saturday, up 122 since Friday

After Friday’s meeting, Kuwahara said they will begin working 20 hours a week to make required improvements on top of the 10s of thousands he says he has spent over the years trying to cooperate with Sandy City. A progress meeting is set for two weeks from now.

“It’s going to be very expensive,” said Kuwahara, “but we have hope now. The city is going to work with us.”

Mayor Kurt Bradburn left Friday’s meeting saying, “I don’t want to talk about it. I have no comment.” Other city officials scrambled away from the meeting, also offering no comment. 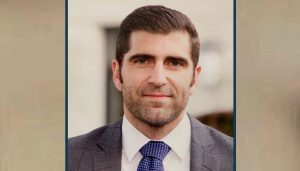 Deputy mayor Evelyn Everton, who did not attend Friday’s meeting, said by phone the city will do everything it can to assist the business.

“Our hands are tied on some of the violations because they are state requirements,” she said.

Regarding accusations that other businesses in Sandy have similar violations, Everton said when businesses apply for their annual business licenses, they are inspected. That is when Sandy City discovers violations.

While Alex Kuwahara says it’s going to be expensive, it’s not going to be $1 million up front and full completion before the company can sell merchandise. Kuwahara has set up a GoFundMe account asking for help. To view it, click here.

Kuwahara says if he is not selling by the first couple weeks of March, his family will lose the business, but “We are one step closer to being back in business,” he said. 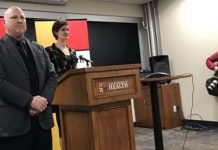