Layton Police Lt. Lyman said a call was received just before 5 p.m. from a man who lives in the area, reporting that he thought he saw a woman’s body in the creek.

Officers responded and found the body. It isn’t known when the woman died or how long the body had been in the creek, Lyman said.

The woman appears to be middle-aged, and officials are still working to confirm her identity. Lyman said the medical examiner is on scene and will have the body transported for an autopsy to determine the cause of death.

The creek is not very deep, and a bike path is nearby, Lyman told Gephardt Daily. Anyone who may have seen or heard anything unusual that could help police in their investigation is asked to call 801-497-8300. 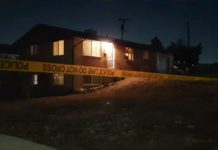 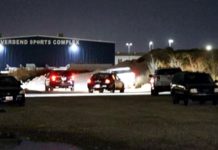