SALT LAKE CITY, Utah, Feb. 20, 2020 (Gephardt Daily) — A man accused of shooting and killing his girlfriend in a downtown apartment Feb. 10 has been released from the hospital and booked into jail.

Michael Tyson Nance, 30, of Salt Lake City, was charged Thursday in 3rd District Court with the murder of Natalie Thurber, 34.

He was also charged with shooting and wounding a Salt Lake City police officer.

The charges are as follows:

Shortly after 3:30 a.m. Feb. 10, Salt Lake City police dispatch received a phone call from  125 S. 300 East. On the open line dispatch could hear talking about someone getting hurt and getting killed, a probable statement said. 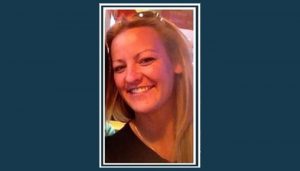 Officers heard two separate gunshots come from the interior of the apartment complex, one of which struck one SLCPD officer in the lower leg, the statement said.

SLCPD dispatch received another call regarding a male, bleeding heavily from the face, who was at the Salt Lake City Fire station, at 500 E. 200 South, the statement said.

Salt Lake City Fire Department personnel began treating the man, later identified as Nance, for his injuries. Nance was transported to the Intermountain Medical Center approximately an hour after the shooting. The preliminary information provided by doctors at IMC was the wound appeared to be self-inflicted.

“During the investigation, it was determined that Michael Tyson Nance was the apartment renter and the deceased female, identified as N.T. was his live-in girlfriend,” the statement said.

“It was learned an argument ensued prior to the 911 call being placed which resulted in N.T. being shot and killed. Nance then directed fire at the officers outside upon their arrival, then turned the weapon on himself in efforts of committing suicide, which failed.”

A single bullet hole was located in the ceiling, nearly entering the apartment directly above 103, the statement said.

Nance does not have a previous criminal history in Utah.

A Facebook fundraiser has been set up to benefit the Utah Domestic Violence Coalition at the request of Thurber’s family.