SALT LAKE CITY, Utah, Sept. 14, 2020 (Gephardt Daily) — Utah Fire Info tweeted Monday night that the immediate threat to structures in the area of the Connecticut Fire, which sparked earlier in the evening, has been mitigated “for the time being.”

The fire is above Popperton Park, northeast of University of Utah Hospital and Shriner’s Hospital for Children.

The 10 p.m. tweet also said two mandatory evacuations have been lifted; however, roughly 12 homes are still on pre-evacuation notice as a precaution.

Air resources have been working in coordination with ground crews to suppress the fire.

Gephardt Daily will continue to update the story as information becomes available. 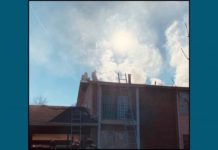