PROVO, Utah, May 18, 2020 (Gephardt Daily) — Officials have identified the 21-year-old victim of a crash in Provo Canyon early Sunday morning.

The deceased is Miguel Angel Gonzalez-Bautista, of Orem, said a tweet from Utah County Sheriff’s Office.

A news release from UCSO on Sunday said at approximately 4 a.m., two men were traveling on Squaw Peak Road in Provo Canyon when the driver failed to negotiate a curve. He lost control and rolled off the side of the road, rolling several times down a steep embankment, coming to rest about 200 feet down the mountain.

Alencastro told deputies and officers he had been drinking beer and was driving too fast and could not make the turn. After being treated at Utah Valley Hospital, Alencastro was booked into the Utah County Jail on charges of automobile homicide, a third-degree felony, and DUI-injury accident, a class A misdemeanor. Bail has been set for Alencastro at $6,420. 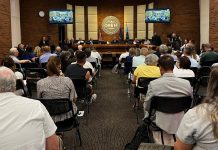 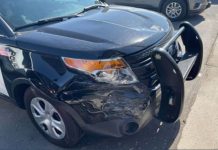