FILLMORE, Utah, April 6, 2020 (Gephardt Daily) — Officials have identified a man killed in a head-on collision on State Route 100 west of Fillmore on March 30.

According to a previous UHP news release, a landowner was burning stubble from a field adjacent to the highway when smoke obscured drivers’ views.

“The flames and smoke were very intense and blowing across the roadway, greatly reducing visibility,” a UHP news release said. “A 2003 Buick Century and 2008 Ford pickup entered the area of low visibility at approximately the same time. In the midst of the smoke, the driver of the Buick Century crossed the center-line into the opposing lane and struck the Ford pickup head on.”

The driver of the Buick Century, later identified as Newman, suffered fatal injuries. His passenger suffered critical injuries and was flown by helicopter to a Wasatch Front area hospital. The driver of the Ford pickup was seriously injured and also flown to a trauma center.

The roadway was closed for approximately four hours for the investigation. 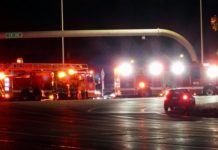 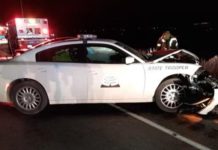