The crash occurred on the road also known as Skull Valley Road at mile marker 23 at approximately 6 a.m., said a tweet from UHP. The vehicle was southbound on SR-196 and drifted off the road to the left. The vehicle then swerved back right and rolled.

“Neither the female drive nor male passenger were wearing seat belts and were ejected,” the tweet said. “Both died at the scene.”

Drug impairment is also being investigated as a contributing factor, officials said. 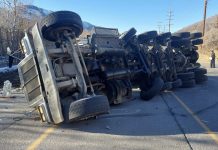 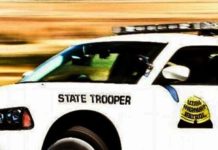 Two ejected, hospitalized after I-15 rollover near St. George