LAYTON, Utah, May 25, 2020 (Gephardt Daily) — Officials have identified a woman allegedly stabbed to death by a Layton man early Sunday morning after the two met on  Tinder just hours earlier.

“The victim of Sunday morning’s homicide was 25-year-old Ashlyn Black of Layton,” said a Facebook post from Layton City Police Department. “We have included a picture of her at her family’s request and extend our condolences to all of them.”

The suspect, Ethan Robert Hunsaker, 24, is facing a charge of murder, a first-degree felony, according to a probable cause statement from the 2nd District Court of Farmington.

“During the recorded 911 call, Ethan told dispatchers that he had just killed someone,” it said. “Ethan stated to dispatch he ‘did not know’ the person he had just killed, but had met the victim on a dating application called Tinder.

“While officers were responding to Ethan’s residence located in the area of 1300 N. Reid Ave. in Layton, Ethan asked dispatchers to tell the officers to kill him.”

Hunsaker told dispatchers he had killed someone he met on Tinder, approximately 10 minutes before calling 911, the statement said. He told dispatchers he had weapons, and described a knife that he had. He added he had left the knife in another room and was no longer armed. When officers arrived they made contact with the suspect just inside of his residence. He continued to tell the officers to shoot him. Hunsaker was taken into custody by Layton police.

“Officers found a 25-year-old female lying on her stomach in a bedroom,” the statement said. “Officers found no pulse and began CPR until Layton fire arrived on scene.”

Shortly thereafter, the victim, subsequently identified as Black, was declared deceased by medics from the Layton Fire Department.

“During the interview with Ethan, and post Miranda, he told officers the victim’s first name was Ashlyn and admitted to killing her by way of choking and stabbing her to death,” the statement said. “Ethan did not know her last name. Ethan started communicating with the victim on a Tinder application beginning around 9 p.m., on Saturday. Ethan picked the victim up from her home. The two went to a local bar in Layton City to have some alcoholic drinks.”

After drinking at the bar for a short time, Hunsaker drove the victim to his home in Layton, where the two “engaged in intimate relations,” the statement said.

“Ethan woke up with the victim laying on his left arm as they were cuddling or spooning,” according to the probable cause statement. “Ethan stated he choked the victim as hard as he could for about one minute. Ethan stated she was fighting him and was trying to pull his arms away from her neck. There are marks on Ethan’s arms, neck, and shoulder area supporting the fight between the two. Ethan then got up and went to the kitchen area of his home. Ethan grabbed a spring-assisted pocket knife that had about a four-inch blade.”

He then went back in the bedroom and stabbed Black multiple times, the statement said.

“Ethan has several mental health issues,” the probable cause statement said. “Ethan has daily suicidal and homicidal ideations. Ethan has recently thought of ways to kill and kidnap others. He stated the date was a normal date and there had been no argument with the victim that would cause him to kill her. Also expressed the desire to have police kill him. For the safety of the public, a no bail is requested.”

Hunsaker was transported to Davis County Jail, where he is being held without bail. 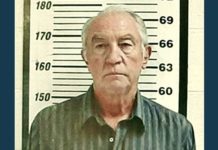 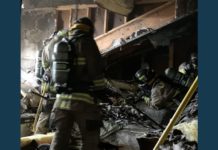