“SAR has been looking for a 75-year-old male in Millcreek Canyon,” said an earlier tweet. “We are sad to announce that the male has been found deceased. It appears he suffered a fall on the trail.”

Crews are working to recover the body from the canyon, the tweet said.

Officials said Booth left his home on Tuesday morning, and his wife last heard from him around noon. 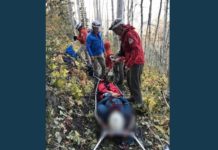 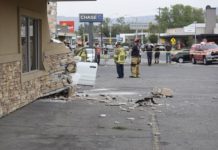