CLEARFIELD, Utah, Oct. 15, 2018 (Gephardt Daily) — Police have identified a man who died after a passenger car and a privately-owned military vehicle collided in an intersection on State Route 193 in Clearfield early Monday morning.

The crash occurred at the intersection of SR-193 and H Street just before 5:50 a.m., Bennett told Gephardt Daily.

Bennett said a white 2010 Chrysler 300 driven by Fisher was traveling north on SR-193 and a 1970 Kaiser, a privately-owned deuce and a half surplus military vehicle, was  traveling eastbound on H Street. The vehicles collided in the intersection, he said.

The driver of the Kaiser, identified as Ian Soelberg, 38, from Clearfield, is currently listed in stable condition. Officers interviewed a witness on scene of the accident who indicated the driver of the white Chrysler 300 failed to stop at the red light for north and southbound traffic. The Kaiser was traveling east through the intersection when the Chrysler 300 was T-boned on the driver’s side.

There were no passengers in either vehicle.

SR-193 was closed for approximately four hours while the Clearfield Police Department investigated the accident and conducted a reconstruction of the accident scene. Other agencies that assisted with the incident were North Davis Fire District, Davis County Sheriff’s Paramedics, the Utah Office of the Medical Examiner, Utah Highway Patrol, and the UDOT Incident Management Team.

This incident is still an active investigation pending reports from the Utah Office of the Medical Examiner and additional investigation.

“Our thoughts are with all those involved especially with the family of the deceased,” Bennett said.

A GoFundMe page has been set up by friend’s of Fisher to assist with his funeral expenses. 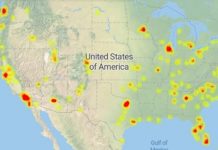 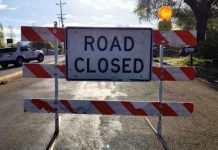