SANDY, Utah, March 20, 2018 (Gephardt Daily) — An arrest has been made in the sexual assault of a woman who was jogging Monday afternoon near the Sandy Civic Center TRAX station.

According to a news release from Sandy Police Department, a 15-year-old male has been arrested and booked into the Salt Lake Valley Detention Center.

He is being held on suspicion of:

Officials said on Monday that a woman in her 40s was jogging on a path near the  TRAX station at 115 Sego Lily Drive at about 1 p.m. when the attack took place.

They said the suspect pulled the woman off the path, assaulted her, then fled, leaving her in a gully.

The woman was able to flag someone down, and that person called 911. The woman was transported to the hospital in fair condition.

Police were especially concerned because of the brazenness of the broad-daylight assault. The area where the attack took place is near several running and walking trails, including Dewey Bluth Park and Lone Peak Park. It’s also just south of Jordan High School.

The suspect’s arrest was announced at 5:45 p.m. Tuesday. His identity is being withheld because he is a juvenile.

The news release states, “This arrest was made following tips from the public and diligent investigative police work by Sandy Detectives.”

The case will be presented to the Salt Lake County District Attorney’s Office for
determination of formal charges. 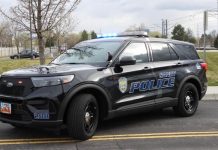