SANDY, Utah, March 13, 2019 (Gephardt Daily) — One of the victims in a shooting late Tuesday night in Sandy has died, law enforcement sources have confirmed.

The 36-year-old woman had been transported to a local hospital and died of her injuries, according to a tweet from Sandy Police shortly before 2 a.m. Wednesday.

The male who was shot remains in critical condition.

The names of the victims are not being released pending notification of next of kin.

Police from multiple departments responded to the scene of the shooting after Sandy police were initially dispatched on call of a burglary alarm at a home near 900 East and 11190 South, Sandy Police Sgt. Jason Nielsen told Gephardt Daily.

The initial call came in at about 10 p.m.

Scanner traffic indicated that, upon arrival, officers found a 36-year-old woman who had been shot in the chest and a 38-year-old man who was shot in the buttock.

It appeared that the weapon used was a shotgun, according to conversation on the scanner.

Nielsen said the victims were transported by ground ambulance to a local hospital in critical condition.

Officers from Draper, Murray, Salt Lake, and Cottonwood Heights police departments were assisting Sandy police, and a containment area was established, with canines brought in to help in the search for the suspect or suspects.

Police said no one has yet been taken into custody. 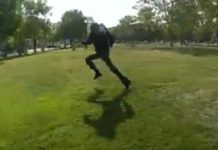 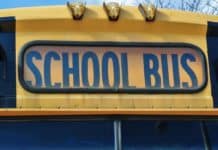