LEWISTON, Utah, Jan. 16, 2022 (Gephardt Daily) — One person has been charged after an assault in Lewiston on Saturday.

Cache County Sheriff deputies were called to a residence located on Lewiston’s southwest side, saying a man had been stabbed.

“Upon arriving at the residence, it was found that there had been an altercation between siblings,” says a statement from the Sheriff’s Department.

During the altercation, the suspect, age 25, allegedly struck her 29-year-old brother in the head with a cane, causing a significant laceration, the CCSO statement says.

The brother was treated at the scene for his injuries and was released from medical care.

“A search warrant was served on the home and following an investigation.” The sister was booked into the Cache County Jail on one count of third-degree felony aggravated assault 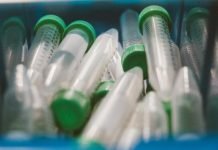