Lehi Fire Department Chief Jeremy Craft said the five teens may be facing charges, but that will be the decision of the police department. He added that a couple of the teens have already made written statements about their involvement.

A Roman candle is a firework that ejects one or more stars or exploding shells.

Utah Fire Info tweeted at 1 p.m. Monday: “The #TraverseFire is 100% contained and will transition back down to a Type 4 this evening. Firefighters from the incident want to thank the community for their overwhelming support during the fire.”

“The fire area received precipitation overnight,” a tweet from Utah Fire Info at noon said. “Today crews are working to further secure containment lines and mop-up. Air operations were halted earlier today because of a drone. NEVER fly drones near a wildfire.”

Sunday night, evacuation orders put in place because of the fire were lifted for residents of the Maple Hollow neighborhood in Draper and Autumn Hills and Spring Dew Lane neighborhoods in Lehi.

“Crews have assessed the situation and are confident that no additional flare-ups will occur in the area,” Draper City said in a news release. “We will continue to monitor the situation closely and keep you informed as additional updates becomes available.”

At 10 a.m. Sunday, the fire was estimated at 500 acres, according to a tweet by Utah Fire Info. No structures were lost, and about 200 resources were assigned to the fire. 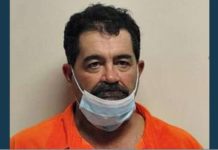 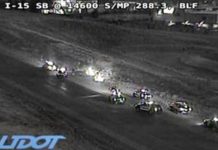 Roy man in custody after I-15 pursuit reaching 120 mph, ending in Draper