ROCKVILLE, Utah, Sept. 7, 2021 (Gephardt Daily) — The UHP has identified a husband and wife killed in a crash Monday morning on State Route 9, near the Washington County town of Rockville and Zion National Park.

The driver of the Toyota Camry involved in the crash was Warda A. Lewis, 85, and the passenger was her husband, Floyd L. Lewis, 86, both from Rockville, said a statement from Utah Highway Patrol.

“The driver of the Toyota lost control,” Roden’s statement said. “The Toyota drifted right and overcorrected back to the left. The Toyota slid sideways and into the eastbound lanes of traffic.

“At this moment a white 2014 Ford Econoline was traveling eastbound and the driver saw the Toyota losing control. The driver of the Ford slowed down, but was not able to avoid the Toyota.”

The front of the Ford van struck the rear passenger door of the Toyota in T-bone fashion, the statement said. The Toyota came to rest off the roadway. The Ford was pushed over to the right, blocking the right lane. 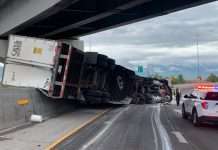 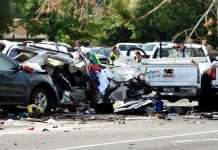