This year’s festival goes June 23 through June 26 at Library Square in downtown Salt Lake City with tickets available online or in person. (Note: cash required for buying tickets at the gates.)

The festival began in 1976 as the Salt Lake Festival of the Arts and was held on a three-block section of Main Street.

Having garnered numerous awards internationally, nationally and locally, the festival remains one of the premiere events that kicks off the summer in Utah.

Dunsmore took the helm in 2020; before that, she worked for two years as the festival’s assistant director and 11 years before that as the development director.

She talked to Gephardt Daily about her journey with the festival.

“This will be my 13th Utah Arts Festival, my second only as the executive director, and prior to that I was in charge of development, so fundraising, and the assistant director for a couple of years,” she said. “But just to see the transition, the changes over the past few years, I think we’re growing, so we’re excited to share with everyone what we’ve got on tap this year.

“I think that there’s a lot that you’ll recognize in terms of what you’ve come to know and expect of the Utah Arts Festival over the years,” Dunsmore said, “but we’ve got a great emphasis on bringing in new and fun artists.

“Our headliners are amazing; I think this is the first year in many years we’ve had such diversity in terms of the genres and types of music that we’re presenting; we’re hitting all kinds of marks there, and then one of the newer programs that we have this year is our emerging artists program, which is aimed at presenting and providing opportunities for underrepresented artists in our community.”

Dunsmore added: “The performances that we have on the Amphitheater Stage and the Festival Stage are really exciting, as well as seeing RDT [Repertory Dance Theatre], our local favorite modern dance company and CDT, Children’s Dance Theatre. This year a company called Jamal Jackson Dance Company from New York applied and it’s the first time we’ve really brought an out-of-state company in for that.

There’s a lot of really great things to see and a variety of music and visual arts.”

There will be several new food truck vendors this year, including a Peruvian truck.

The festival has also hired a team of Diversity, Equity, and Inclusion consultants to provide an expert, outside perspective and help develop a sustainable, intentional, long-term DEI plan.

“We worked with a company called Shift SLC, and this has kind of been a two-year process with them, really wanting to understand where we were in the process versus where we thought we were, and what things we could really do to make change, change that is genuine and sustainable and meaningful, not just kind of throwing spaghetti at the wall.

“This has been an evolution of that from around November 2020, is when we started with them. And then this year we started with that kind of consulting process and a review, and a bit of a study where they gave us a report, and then the last about a year they’ve been doing trainings for our board and our coordinators, so that we can all be on the same page and kind of learn together and really start having these discussions, opening the door and kind of changing our minds about things and making sure that we can be as inclusive and accessible as possible on all kinds of levels.”

Dunsmore said one of the ways the festival has become more inclusive is the jury process has been opened up to the public this year.

“You could apply or you could put in that you were interested in being part of a jury for visual arts or literary arts or even the performing arts, because that’s really where decisions are being made; the juries are scoring and that’s how artists are invited to the festival, so I think that was really interesting to have some different feedback,” she said.

“I think the training… you get kind of into a zone as an organization, and things are working, you’re a well-oiled machine, so you kind of do things the way they’ve been done because it works. We’re still doing that to a degree, but now with an openness; well what if we change this, what would that mean, what would that look like? Not change for change sake, but what kind of changes would bring the result we’re looking for?”

The festival also gives away around 7,000 tickets to organizations that assist the community.

“We long have had a community outreach ticket program,” Dunsmore explained. “It’s important as part of accessibility just making sure we’re able to offer tickets. We have sponsorships that help us provide these opportunities for free tickets or discounted tickets to make that possible; again it shouldn’t feel out of reach for anyone, and so we’re trying to do our best to identify, you know, who are we missing, who’s not at the table, who is not attending and how do we engage them and make it easy for them to get here.”

She said that during this year’s festival the team will also be looking at what can be improved for next year. “By the time we’re there on site during the 2022 festival, it’s like, what about 2023? We only have one time a year to really look at how things are running and how we might want to do differently going forward.”

Dunsmore said she sees the festival growing. “By staying on this track, we are very focused on working to be inclusive and accessible and that comes on a variety of levels and just learning from those experiences, learning from other community members and getting a better understanding of any barriers or ways we could do more to help people feel comfortable or again, see themselves in the festival.”

To find out more about the Utah Arts Festival, click here.

Festival-goers can purchase tickets in advance and receive the QR code direct to their phone, so you do not have to wait in the ticket line, though you do still have to go through security.

Tickets can also be bought on the door, but you will need cash to do so. 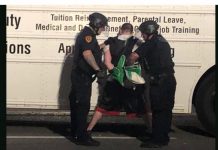