A news release from the AG’s Office said that due to its proximity to major cities and its moderate climate, the area is ideal for traffickers’ primary targets, such as the homeless and runaways.

“Traffickers watch malls, parks and schools to find their victims, then enslave them by getting the victims addicted to drugs,” the news release said.

Law enforcement say that rotations happen every seven to eight months, the news release said. Young women are trafficked from Las Vegas to St. George, Salt Lake City, Washington state and California, and then back.

“They (traffickers) think they can make money in St. George at any given time,” said Leo Lucy, Chief of Investigations at the Utah Attorney General’s Office, in a prepared statement. “They’ll send those young women up here, and they use narcotics to keep a rope around the women to control them.” 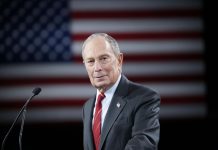 6 Democrats, including rising Bloomberg, set for debate in Las Vegas 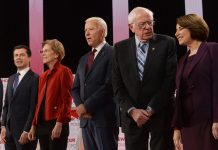