DUCHESNE County, Aug. 6, 2017 (Gephardt Daily) — Family and friends are sharing happy memories of a Salem teen who died Saturday, two days after a Boy Scout camping trip during which he fell critically ill.

Douglas Jeffrey Julian, who would have celebrated his 18th birthday Sunday, passed away from what officials suspect was altitude sickness while with his troop in the High Uintas, in the Chain Lake area.

“A great man! We are truly blessed to be able to have Doug for 18 wonderful years. A ‘huge’ body to hold such a ‘huge’ heart! ‘Huge’ loss!

“Thank you to all who have reached out to us … we feel the love and prayers. Doug is acutely missed and will be for all our earthly lives.”

Dozens have responded with condolences and to speak fondly of the well-liked football player, who friends say had a positive impact on the lives he touched.

Julian’s coach praised him as a respectful, hard worker with a great attitude and smile.

A woman posted to say the teen had changed her daughter’s life for the better.

A woman who said she was the secretary at Julian’s elementary school remembered him as “a gentle giant, kind, considerate, and respectful young man.”

According to Duchesne County Sheriff Lt. Jeremy Curry, the teen’s group was near Krebs Basin on Thursday when he began to complain of a headache and being nauseous.

His condition did not improve Friday, and Scout leaders decided to hike out of the campsite Saturday morning. One of the leaders left camp early and hiked an estimated eight to 10 miles before he was able to use a cellphone to call for help.

A LifeFlight helicopter was dispatched to the troop’s location but, according to Lt. Curry, Julian had already passed away.

Scout leaders told investigators that Julian lost consciousness and collapsed about 50 yards from the troop’s campsite as they began hiking out Saturday morning.

Members of the troop immediately began CPR, but were unable to revive him.

Julian’s body was flown by medical helicopter to Uintah Basin Medical Center in Roosevelt. His body was then taken to the Utah State Medical Examiner’s Office for autopsy.

Curry described Julian as “a young, healthy teenager, who played high school sports and had no prior history of illness or medical problems. Investigators suspect he may have succumbed to altitude sickness.” 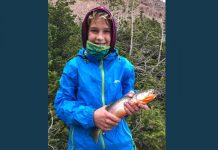 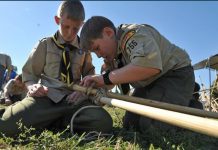 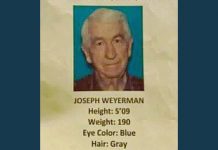