PROVO, Utah, March 11, 2020 (Gephardt Daily) — The Utah County Attorney has declined to prosecute Brigham Young University linebacker Chaz Ah You on DUI charges due to the “lack of admissible evidence, and in the interests of justice.”

“We received the evidence and reports from law enforcement. The next step of the process is a review of what we have received by our screening team — a group that includes many of our most experienced attorneys. They review everything that is submitted. Through that careful process, a recommendation is forwarded from the screening team and reviewed by me for the final decision.

“Every case is unique. Every case has its own facts. I lean on the experience of my screening team to wisely balance the evidence with the rights of the accused, and the state’s ability to be effective at trial. In this case, there is a lack of admissible evidence. Justice would not be served in this matter.”

Ah You was arrested on suspicion of DUI on Feb. 9 in Eagle Mountain. A probable cause statement from Utah County said Ah You was stopped in the area of Red Hawk Road and Pony Express Parkway. The suspect was traveling at 75 miles per hour in a 35 mile per hour zone, and while driving, was following close to other vehicles, the statement said.

Officials said two containers of alcohol were found in the vehicle, as was a THC vape pen.

A field sobriety test was performed at Utah County Jail due to the weather. Ah You had faced initial charges of suspicion of DUI, reckless driving, unsafe lane travel, speeding, and having an open container of alcohol.

Leavitt’s statement said Ah You’s status as a BYU football player did not influence the decision to drop the case.

“This has nothing to do with who he is or where he attends school. My job is to safeguard the rights of all in a potential criminal matter and direct my attention to the law and the facts.” 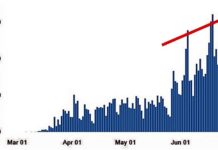 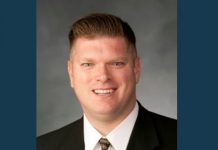