UTAH COUNTY, Utah, June 5, 2020 (Gephardt Daily) — A caller reported seeing a kayaker out near Pelican Bay on Utah Lake as strong winds were whipping up whitecaps on the water Friday night.

The call was received some time before 7:30 p.m., but apparently did not indicate that the kayaker was in distress, only that someone was on the water under hazardous conditions.

Sgt. Spencer Cannon, spokesman for the Utah County Sheriff’s Office, said the area of Saratoga Springs is being searched from north to south, but nothing has been confirmed as yet.

“They’re not seeing anything, so it’s possible the kayaker made it safely out of the water,” Cannon said. “Sometimes we don’t know until later when someone reports an overdue person.” 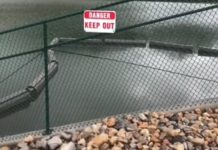 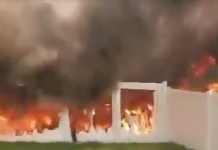