ALPINE, Utah, Aug. 5, 2018 (Gephardt Daily) — An evening in the woods that was promoted as a party in American Fork Canyon was shut down Saturday after Utah County officials said they received noise complaints and learned more about what type of party it was.

Sgt. Spencer Cannon, spokesman for Utah County Sheriff’s Office, said in a tweet, “We call this kind of party a rave.”

Organizers didn’t seek a permit from the Forest Service, either.

The “party,” for which nonrefundable tickets were required, began at 11 a.m. Saturday and was planned to end at 3 p.m. Sunday.

Twenty officers, deputies and Forest Service agents entered the canyon at about 5 p.m. Saturday and arrived on scene around 5:45 p.m. to find roughly 100 people at the designated spot above Silver Lake Flat.

“It was a relatively docile group as raves go,” Cannon said. “But some of the kids looked under age 21, and were clearly intoxicated.

“We didn’t make a lot of arrests — our purpose was to shut it down. One man went to jail for a warrant and obstruction. One gal was cited for marijuana and paraphernalia.”

“They were quite cooperative,” he said. “But you get more people after dark and that creates all sorts of extra hazards.”

Cannon mentioned some of the concerns law enforcement has with this type of event.

“It was advertised as a ‘gathering with the message of peace and love’ and to bring everybody closer as a community, but actually the more people that show up, you don’t know who all is there. We’ve seen a lot of bad things happen when people are getting drunk and getting high.

“Not everybody is staying the night, so people end up driving impaired. There’s no phone reception up there, so if you need help, the only way is to drive back down the canyon — then (the officers) have to drive back up again.”

The safety of the public and law enforcement is important, Cannon said.

“We found violations and instead of making a lot of arrests, we removed the source of the violations.” 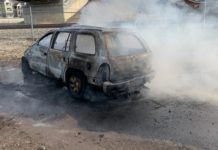 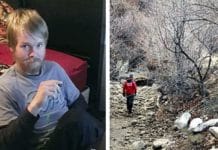