A news release from Utah DPS said the incident occurred Wednesday, Feb. 19 in the mountains west of Mapleton at approximately 9:45 p.m.

The DPS helicopter was used to hoist the skier off the mountain, the news release said.

At the beginning of the 4 minute 17 second video, the helicopter is hovering above the skier, who is on the ground with another officer.

The skier, who is in a basket, is then hoisted up into the helicopter with the second officer.

The skier was then transported to an area hospital in critical condition. 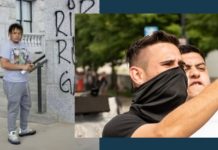 Officials searching for people who may have defaced Utah State Capitol 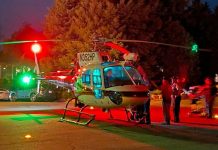