CARACAS, Venezuela, July 21 (UPI) — A 24-year-old newlywed Utah native being held in Venezuela on weapons charges has been tied to a political assassination, an allegation his family disputed Thursday.

Josh Holt, who recently completed a two-year mission for the Church of Jesus Christ of Latter-day Saints, was linked to the death of Omar Jesus Molina Marin, an official with the United Socialist Party of Venezuela, the country’s ruling party founded by Hugo Chavez.

Marin was found dead on April 11 with multiple bullet wounds.

Venezuela’s Interior Minister, Gustavo Gonzalez Lopez, said Holt and his new wife, Thamara Caleno Candelo, had a cache of weapons, strategic maps and computer equipment that would be used to carry out terrorist acts.

The couple was arrested June 30. On Wednesday, Holt was linked to Marin’s death. Gonzalez said Holt was working under the “boss of the paramilitary gang known as Los Sindicalistas.”

Lopez said Holt and Candelo developed a “strange and suspicious Internet relationship,” nurtured by their love of weapons and violence.

Holt’s mother, Laurie Holt, told UPI in an interview Thursday she is stunned by the news.

She said her son is not a criminal, has no ties to a criminal element and has no paramilitary or advanced weaponry training. He enjoys recreational hunting with his family and is very athletic, playing football, basketball and baseball over the years. He’s an Eagle Scout with a infectious smile that lights up a room, she said.

“Yesterday, I pretty much cried the entire day because all this new news came out and it made it so much worse for him,” she said. “I feel hopeless that I’ll never see him again. I am so fearful that I will never see my boy again.”

Laurie Holt said her son returned from a mission trip to Washington state in January eager to continue learning Spanish. He met Candelo online while trying to further his language skills.

After communicating over social media, they met in person in May and were engaged in the Dominican Republic on a church temple lawn. After returning home for a short time, he traveled to Venezuela, where he married Candelo on June 16.

Laurie Holt said the couple was planning to travel to the United States in August, once Candelo had the proper travel documents for herself and her two children, ages 5 and 8.

The Holt family learned through the media and Candelo’s mother they had been arrested.

Laurie Holt said she has had contact with her son only once since he was arrested. During the three-minute phone call on July 15, she learned he is suffering from kidney stones, a recurring medical problem.

“He is very, very scared, and now even more scared,” she said. “His health is going down.”

Laurie Holt said the family does not have immediate plans to travel to Venezuela. They are working with the U.S. Department of State, the U.S. Embassy in Caracas and Utah Sens. Mike Lee and Orrin Hatch to secure her son’s release.

“This is a very sensitive issue and we are working with the family to resolve it,” Hatch’s spokesman J.P. Freire said.

The family has set up a Gofundme page for legal expenses and a Facebook page for updates. 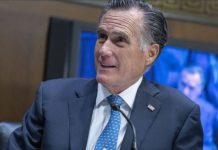 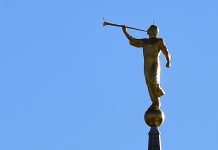