Standing with Gov. Gary Herbert and Lt. Governor-elect Henderson at the Utah State Capitol on Thursday, Cox thanked Herbert for the opportunity to serve as his lieutenant governor and for the support of his successful candidacy.

“Over the past seven years, Gov. Herbert has shown me up close what good governance looks like and how critical it is to always put Utahns first in our decision making. I am immensely grateful for his mentorship and will forever cherish the years I have spent at his side,” said Cox.

“As Lt. Governor-elect Henderson and I traveled to every corner of the state during our campaign, we learned a lot about what Utahns want and expect from their government. We will never forget those experiences and pledge to follow through with our commitment to improve upon the successes of the past. We are deeply humbled by the trust voters have shown us, and we are honored to move forward with fresh eyes as we transition toward governing.”

Henderson, who has served as state senator representing District 7 since 2013, said she is honored and excited to join Cox in developing the administration’s leadership team and policies, and working closely with state legislators to craft solutions that will strengthen Utah families and expand opportunities for all.

“Utahns are known throughout the country as can-do people who do not shy away from opportunities to build and innovate,” Henderson said. “I look forward to working with Gov.-elect Cox to bring Utahns together and improve quality of life for all.”

Cox announced two key staff positions. Jon Pierpont, former executive director of the Utah Department of Workforce Services, will be appointed into the joint role of chief of staff and chief operating officer beginning in January. Jennifer Napier-Pearce, former executive editor of The Salt Lake Tribune, will be appointed as senior advisor to the governor and director of communications.

“Jon and Jennifer are talented individuals who are dedicated to the ideals Utahns hold dear. They have the experience and judgment needed to lead our team into the future, and to confront head on the challenges we face as a state,” said Cox in a prepared statement. “They are the right people for these important leadership roles. I can’t wait for them to get to work for Utah.”

Cox announced he has been working with a small group of volunteers to coordinate an effective transition process. Lynne Ward, former deputy chief of staff for former Utah Gov. Olene Walker, and Steve Starks, CEO of the Larry H. Miller Group of Companies, will serve as co-chairs of the transition effort. Other members include Austin Cox, Natalie Gochnour and Rich McKeown.

Cox and Henderson also announced that they are assembling a team of more than 100 community leaders with broad expertise to review all state government agencies and provide recommendations related to major policy priorities, including education and public health.

Herbert congratulated Cox and Henderson on their positive campaign and pledged his commitment to an orderly transition of power.

“It has been a privilege working alongside Spencer these past seven years as we’ve built a resilient economy and tackled some of the state’s most pressing challenges,” Herbert said in prepared remarks.

“The peaceful transition of power is a hallmark of our society, and I will do everything in my power to assist as our governor-elect and lieutenant governor-elect begin to forge their path. In the coming months there is of course much more to do, and we will sprint to the finish line. I’m confident that the state will be in good hands when my term as governor ends.”

Cox and Henderson, along with other statewide elected officials, will be formally sworn in on Inauguration Day, Monday, Jan. 4, 2021. 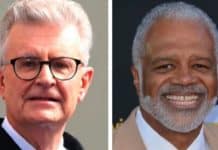 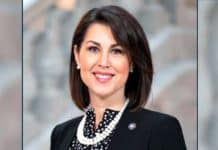 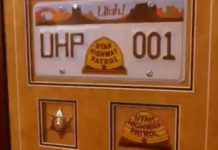