A group of parents, teachers and citizens have called for the removal of Cline, who represents District 11, after her social media comments labeling LGBT people as “gender confused” and for saying educators who attended  a Utah Price Center conference about accepting all identities in the classroom had been taught how to “indoctrinate your children.”

Cline also has referred to the Black Lives Matter movement as “indoctrination,” according to an online petition on MoveOn.org, which calls for her removal, recall or resignation. As of Friday morning, the petition had 7,627 signatures.

“As an elected member of the Utah State Board of Education, Natalie Cline’s recent rhetoric is completely contrary to shared values about equal opportunity and inclusion that unify Utahns across the political spectrum.

“Students deserve a better advocate for their education. Students wrestling with gender identity deserve to be heard, not dismissed and disparaged. Students feeling marginalized because of their skin color or ethnic background deserve inclusion and compassion, not ignorance and denigration.

“The bipartisan Utah Compact on Racial Equity, Diversity and Inclusion, signed by Governor Cox, former Gov. Herbert, and a long list of Utah’s political, business, and religious leaders affirms our commitment to these values and should be heeded by all officials in positions of power within our great state.

“Natalie Cline’s privilege of being a School Board member comes with significant responsibility. She should be held accountable for her words and actions.”

“The Utah State Board of Education supports and welcomes the continued dialogue regarding civic engagement and the election process,” it said, in part. “Over the past 24 hours, we have received messages both in support and in opposition of a member of the Board who was recently elected through this process.”

The Board statement indicated it had now power to remove and elected member.

“The board has no legal authority regarding the removal or maintenance of any state board member’s seat. The only methods of removal are impeachment pursuant to Utah Code 77-5-1, resignation of the seat before the fulfillment of a four year term, or through the regular election process when a board member’s term has ended.”

Read the full statement at the bottom of this story.

Sandra Watkins created the online petition, which says, in part,

“I think it’s really, really important to make noise about the fact that this is the direct result of making school board elections partisan. Partisan school board positions should not exist. Rather, school board members should reflect the candidate’s beliefs on education, and not their political agenda.

“Ms. Cline promotes discriminatory and unethical rhetoric to the public and fights to promote her rhetoric within District 11’s School Board of Education. She has made posts on her official Facebook page that call for her members in District 11 to support xenophobia, racism, homophobia, and cultural regression. She violates USBE’s Educational Equity Program both Title IV and Title IX as well as Resolution No. 2021-01. Additionally, she violates Establishment Clause of the First Amendment.”

In a Sunday Facebook post, Cline asked supporters to write to the State School Board on her behalf, and said,  in part, “I am the latest target of the mob.”

I am the latest target of the mob. If you disagree with this attack on me, please write the state school board members… 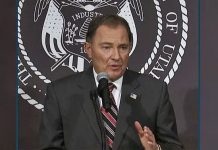 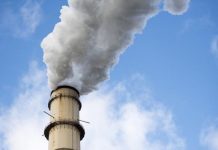 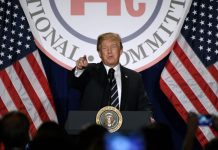