Stern had suffered a brain hemorrhage, requiring immediate surgery, on Dec. 12. A family member told CNN that Stern had never regained consciousness after the surgery.

Stern led the NBA for 30 years, beginning in 1984, shortly before Miller family patriarch Larry H. Miller (1944-2009) purchased a 50 percent of the the Utah Jazz in 1985, then bought out his partner the next year to become full owner of the basketball team.

The Jazz and Miller family statement:

“David Stern’s foresight and leadership propelled the NBA into a premier global sports and entertainment enterprise. A year before we bought an interest in the Utah Jazz, he became the league’s commissioner. We cherished our close friendship with him and appreciated his continued demonstration of support, especially when we built the arena where he signed his name in the rafters.

“During our nearly three-decade partnership with David, the NBA and the Jazz thrived due to his vision for the future of the game and its players. He was always mindful of our needs and we are certain the health of the Utah Jazz and the composition of the Larry H. Miller organization would look different without his influence.

“David leaves a remarkable legacy of change, expansion and popularity for professional basketball around the world. We will miss our friend. Our thoughts and prayers are with his wife, Dianna, and his family.”

“For 22 years, I had a courtside seat to watch David in action. He was a mentor and one of my dearest friends,” Silver said in a statement. “We spent countless hours in the office, at arenas and on planes — wherever the game would take us,” Silver said.

“Like every NBA legend, David had extraordinary talents, but with him it was always about the fundamentals — preparation, attention to detail and hard work.”

Silver noted that during his tenure, Stern “ushered in the modern global NBA,” launching “groundbreaking media and marketing partnerships, digital assets and social responsibility programs that have brought the game to billions of people around the world.”

Under Stern’s leadership, the NBA added seven teams, and six others relocated. He helped to create the WNBA, which began in 1997. His time at the helm overlapped two of the most famous basketball players in history, Michael Jordan and LeBron James.

“Without David Stern, the NBA would not be what it is today,” said Jordan, who owns the Charlotte Hornets. “He guided the league through turbulent times and grew the league into an international phenomenon, creating opportunities that few could have imagined before.

“His vision and leadership provided me with the global stage that allowed me to succeed. David had a deep love for the game of basketball and demanded excellent from those around him — and I admired him for that.”

During his tenure, Stern and the league saw a significant amount of labor unrest, with the first four lockouts in NBA history occurring while he has at the helm. Two resulted in shortened seasons. Yet the players generally admired his leadership.

“The entire basketball community is heartbroken. David Stern earned and deserved inclusion in our land of giants,” the National Basketball Players Association said in a statement.

“As tough an adversary as he was across the table, he never failed to recognize the value of our players, and had the vision and courage to make them the focus of the league’s marketing efforts — building the NBA into the empire it is today. We owe him and we will miss him.”

Under Stern’s leadership, television revenue per year increased from $10 million to some $900 million.

Tributes to Stern came in from around the country and other parts of the world. Magic Johnson, who played on the 1992 Dream Team in the Olympic Games, called the former commissioner a “history maker.”

“When I announced in 1991 that I had HIV, people thought they could get the virus from shaking my hand,” Johnson tweeted. “When David allowed me to play in the 1992 All Star Game in Orlando and then play for the Olympic Dream Team, we were able to change the world.’

Stern, a Native New Yorker and an attorney, received his law degree from Columbia University. He joined the NBA in 1978 as general counsel.

In addition to his wife, Stern is survived by sons Andrew and Eric. 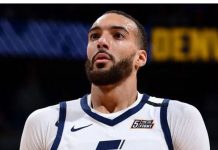 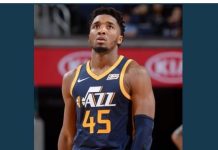 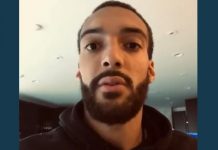