SALT LAKE CITY, Utah, Dec. 2, 2021 (Gephardt Daily) — Republican lawmaker Paul Ray will resign from the Utah House of Representatives to begin a new job with the Department of Human Services, it was announced Thursday.

Ray will work with lawmakers and stakeholders to advance the governor’s priorities and to inform policies that impact individuals, children, and families served by the department, the news release said.

“Not only has Paul worked on the policy side of human services and public health, but he also has experience creating and adjusting budgets to get initiatives off the ground in ever-changing environments,” said Gruber. “He is knowledgeable in strategy and the inner workings of state government and has a proven track record of bringing stakeholders and elected officials to the table to find solutions that benefit the people we serve.”

The position was vacant due to the retirement of the incumbent earlier this year and was filled after a public recruitment, officials said.

“In accepting this unexpected opportunity, Ray will resign from his District 13 seat of 20 years,” the news release said. “He will also leave his current employment as CEO of the Northern Wasatch Home Builders Association, where he has been since 2014. As a state representative, Ray has concentrated on social services, including serving as the current House chair of the Social Services Appropriation Subcommittee and member of the House Health and Human Services Committee. He will bring his direct policy knowledge of Medicaid, tobacco prevention and control, intergenerational poverty, homelessness, domestic violence, and behavioral health, among other areas supported by DHS programs.”

“I am grateful to use my abilities, knowledge, and connections within health and human services to continue to improve the lives of those in need as a public servant,” Ray said. “I will work closely with department leadership, the governor’s office, and legislative officials in listening to their needs and priorities on behalf of the people we collectively serve.”

House Speaker Brad Wilson (R-Kaysville) said in a statement on Twitter: “The legislature will feel the absence of Representative Ray. He has been a pillar of the House of Representatives and a hard-working and dedicated member of our community.

“He has mentored his colleagues, led out on some of the most difficult issues facing the state, and kept the body on track as our resident Parliamentarian. I wish him the best and know he will work incredibly hard for the citizens of the state of Utah in this new capacity.”

Utah Democratic Party Interim Chair Diane Lewis released the following statement Thursday: “Weeks after falling on the sword for Republican leadership by pushing through egregiously gerrymandered maps that will harm our state for the next ten years, Paul Ray is now being rewarded with a cushy, high-paying state job. Even worse, he will now be working in the department in charge of social services. We’ve seen his record in the House: he has stood firmly against working Utah families, and he will now be able to use his influence to continue fighting against the best interests of Utahns, without the accountability of constituents.” 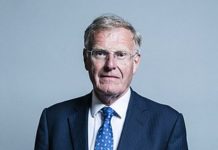 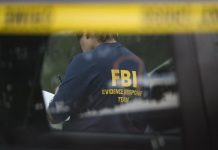