“While living the dream and having the opportunity of a lifetime in Williamsport, last night my little nephew Easton fell off the bunkbed,” his uncle, Spencer Beck, posted on social media Monday morning.

The 12-year-old was taken by medical helicopter to a hospital in Danville, Pennsylvania, where Beck said he has responded well to surgery. “Please keep my little buddy Easton and our family in your prayers.”

The outpouring of sympathy and support is easily measured on social media where the story generated hundreds of comments and shares within hours of its posting.

Utah Gov. Spencer Cox tweeted Monday afternoon: “Sad news out of Williamsport with Team Utah. One of the players fell out of his bunkbed. He was life flighted to a children’s hospital in PA where he had successful surgery. His brain is reacting well. Please keep him, his family and the team in your thoughts and prayers.”

The Snow Canyon All Stars, from Santa Clara in Washington County, were in Williamsport after earning their spot in the global Little League tourney by winning the Mountain Regional Championship last week.

“Their first tournament game is set to be televised Friday on ESPN. At this point we’re just focused on his recovery,” Beck said. 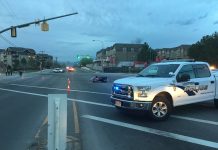