SALT LAKE CITY, Utah, June 24, 2016 (Gephardt Daily) — The leader of a Utah-based militia group was arrested by the FBI late Wednesday for the attempted bombing of a remote Bureau of Land Management facility in Mount Trumbull, Arizona.

According to a probable cause statement filed Wednesday by federal prosecutors in Salt Lake City’s U.S. District Court, William Keebler, 57, of Stockton, Utah was arrested just hours after he attempted to trigger what he thought was an explosive device placed at the door of a BLM cabin.

Charging documents reveal the bomb was a dummy, built and planted by undercover FBI agents who had infiltrated Keebler’s militia group.

Prosecutors say Keebler is the commander of the Patriots Defense Force (PDF) headquartered in Stockton in Tooele County, and claim he and members of his group had been actively plotting to bomb BLM facilities, including an office at the Gateway Mall in downtown Salt Lake City. The feds say the group had even conducted reconnaissance at the site before Keebler decided to target more remote locations.

The five-page felony complaint begins with prosecutors pointing out that Keebler was present for 13 days during the tense 2014 armed stand-off over grazing rights between the Bureau of Land Management and supporters of dissident Nevada rancher Cliven Bundy outside Bunkerville, Nevada.

Cliven, and sons Ammon, Dave and Ryan, are currently in federal custody, facing an array of weapons and conspiracy charges in connection with the 2014 standoff.

Ammon and Ryan also face federal charges for their alleged roles in the armed takeover of the Malheur Wildlife Reserve outside Burns, Oregon in January 2016.

The Oregon standoff largely ended with the death of Arizona rancher Robert “LaVoy” Finicum, who died in a hail of gunfire during a roadside confrontation with the FBI and Oregon State Police.

In Wednesday’s court filings, federal prosecutors claimed Finicum and Keebler had conducted surveillance of the Mount Trumbull, Arizona BLM facility in October 2015, along with an undercover FBI employee, who accompanied Keebler while posing as a militia member.

The idea that Finicum planned to take part in a bombing stands in stark contrast to his family and friends’ contention that the flamboyant Arizona rancher acted as a peacemaker and educator during the Oregon takeover.

“I know him as a good, solid man that desires freedom,” she said. “I don’t know much about this incident other than what’s going around on the news and I don’t really believe the news, but I have read the indictment and I think that it was entrapment.

“He had people who infiltrated his organization and they even say in the indictment they had people there that were there undercover. I think that was entrapment. That’s just my opinion. I don’t have any proof.”

The probable cause statement paints a striking portrait of the FBI’s efforts to infiltrate militia groups involved in the 2014 Bunkerville standoff. That scrutiny effort seemingly increased after the Oregon occupation.

“The UCEs have participated in field training exercises (FTXes) organized by Keebler during which PDF members practice shooting at targets and receive instructions regarding firearms and military and survival tactics.

“Keebler has continued to recruit, organize, and prepare the PDF for the day when they can take part in anti-government action with other militia groups similar to the event in Bunkerville, Nevada,” the statement said.

Federal prosecutors said those training exercises intensified in the months following the Bunkerville showdown, with Keebler telling militia members in May of 2015 that he was putting team together “to go on the offensive.”

On March 19, 2016 Keebler told militia members the government had been allowed to harass people, but “repercussions were going to start.”

Those repercussions, according to the FBI, included plans to attack BLM facilities “in the middle of nowhere” with the goal of doing “severe damage of BLM vehicles or buildings.”

Keebler then allegedly tasked a PDF member to “build an explosive device that could disable a BLM vehicle or damage a building.” That PDF member, according to the charging documents, was an undercover FBI employee.

On April 8, 2016, the undercover employee demonstrated the power of two pipe bombs showing a video of office furniture being blown in southern Utah. Keebler was allegedly impressed by the display and asked the undercover agent to build two new explosive devices that would be twice as powerful the first.

The first bomb, Keebler said, needed to be triggered via remote control signal from a walkie talkie, and would be used in blowing up a cabin at the BLM outpost in Trumbull, Arizona.

The second bomb was to have a time fuse and be used against law enforcement officers should PDF members be stopped heading into or out of the Mount Trumbull facility.

On Monday, June 20, Keebler, and other militia members, including undercover FBI agents, left Stockton, Utah and arrived in Arizona where they once again surveilled the BLM property.

The following night, Keebler was handed a remote control detonator by one of the undercover agents a told it would set off an explosive device left at the door of one of the BLM cabins.

According to the charging documents “Keebler then pushed the detonator button multiple times in order to remotely detonate the inert explosive. After the remote detonation, Keebler departed Mount Trumbull and returned to Utah.”

Keebler was taken into custody by the FBI Wednesday morning in Nephi and booked into the Salt Lake County Jail.

So far, Keebler faces a single felony charge of attempted damage to federal property by means of fire or explosive.

A detention hearing has been scheduled for June 29, 2016.

If convicted, Keebler could face 20 years in federal prison. 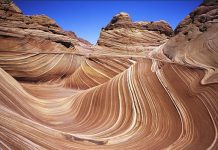 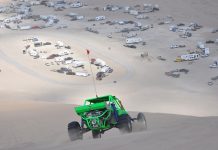 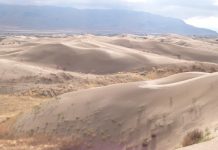