“Last year, I supported former Pres. Trump’s decision to finally withdraw our troops from Afghanistan,” says Stewart’s statement, issued on Twitter. “Today, I support Pres. Biden’s decision to do the same. It is well past time that we bring our troops home.”

Trump said last year that he wanted all U.S. Troops withdrawn from both Afghanistan and Iran by Christmas of that year.

On Wednesday, Biden announced he will withdraw all U.S. troops from Afghanistan by Sept. 11, saying “it is time to end America’s longest war.”

This coming Sept. 11 is the 20th anniversary of the 9/11 attacks in 2001 on the Twin Towers in New York City, and on the Pentagon, in Washington, D.C., associated with the Islamic extremist group al Qaeda. A fourth hijacked plane, reportedly intended to target the U.S. Capitol, crashed in a field in Shanksville, Penn.

Almost 3,000 people were killed during the 9/11 terrorist attacks, which triggered major U.S. response to combat terrorism.

“As a 14-year veteran of the Air Force, I know firsthand the enormous challenges we face overseas. Every year, security in the region gets worse and not better. American is better served to reallocated its resources and focus on the more immediate challenges we face around the world. I am grateful for Pres. Biden’s decision to end this needless war.” 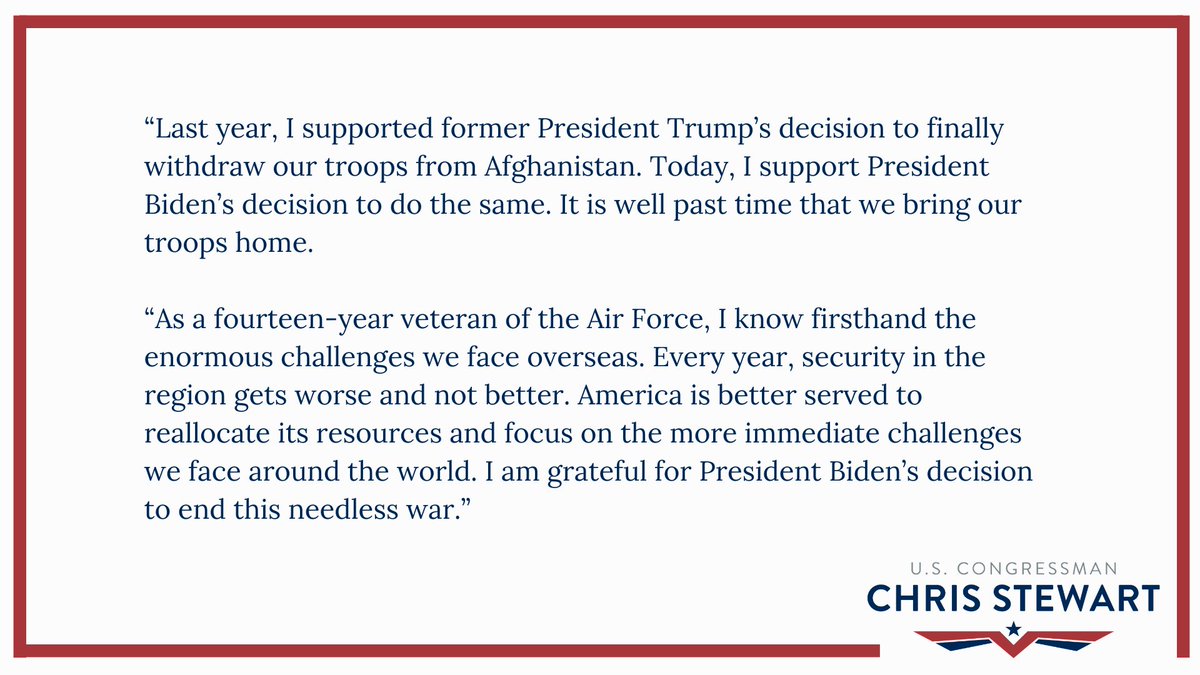