The Senate on Sunday passed the $740 billion package that includes $433 billion in new spending on investments into green energy and the reduction of greenhouse gases, according to UPI. It also would give Medicare the ability to negotiate prices for prescription drugs.

“Rather than listening to the American people who are suffering from inflation, Democrats have voted for a liberal wish list,” Romney said in a statement Sunday. “It reduces oil and gas production, it raises taxes that companies will pass on to consumers, and it doubles the number of IRS auditors in order to audit more Americans.

“The American people, who are drowning in debt and inflation, needed a life preserver and Democrats gave them a bag of hammers.”

“Every single Republican senator fought to stop their one-sided, partisan bill,” Romney said. “Democrats called it an act to combat inflation. It does the opposite.”

Sen. Mike Lee, R-Utah, also tweeted his disappointment in the bill, saying “Democrats decided to ignore inflation and spend billions beyond our means while rejecting nearly every Republican effort to protect taxpayers.”

“Predictably, it contributed to the inflation we are seeing today,” he said. “Americans are falling further and further behind as they face skyrocketing prices on everything from food to energy and medicines. Today, Democrats returned to their same tired playbook to raise taxes, spend more money, and expand the size of government.” 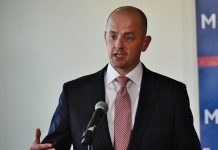 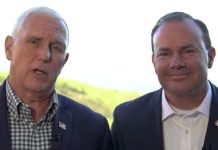