The SAGE results will be used with other data to produce both the Governor’s PACE report card and the statutorily required school grades. Those reports will be released in September, after school districts and charter schools have a chance to review the SAGE data for accuracy.

More information about SAGE results can be found online at https://datagateway.schools.utah.gov/. 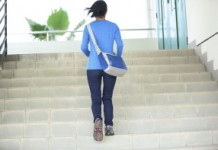 Utah ACT Exam Participation Up 14 Percent in 2014; Scores Off Slightly